What are "banned books"? 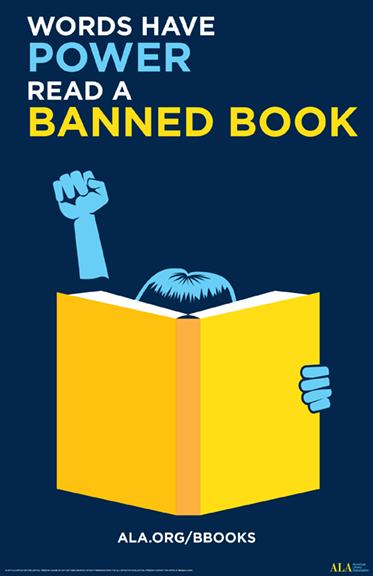 Book banning and challenging are forms of censorship.

Hundreds of books are challenged and banned each year in the United States alone.

Every September, the American Library Association - and CCC Library! - celebrate our freedom to read banned and challenged books, and we advocate for the freedom to access information at schools and libraries.